Wow, what a month! As mentioned in the last blog post, we visited Game Connection Europe in Paris on late November. BADLAND was selected there as one of the 15 finalists (out of over 100) in the Selected Projects competition. We saw awesome presentations about 15 upcoming games for various platforms from tablets to consoles and PC. We already felt lucky that we were selected as one of the finalists, but to our surprise BADLAND was selected as the winner! And not only as the main competition winner but also Sony Computer Entertainment Europe (SCEE) selected BADLAND as their prize winner. As a prize, we are going to visit SCEE in London some time in near future. In addition, as a prize for the main competition win, we will receive a dev kit and developer support from Microsoft, plus three months of public relations strategic advice and support from Reverb Publishing’s parent company, Reverb Communications. Read more in the Game Connection press release. 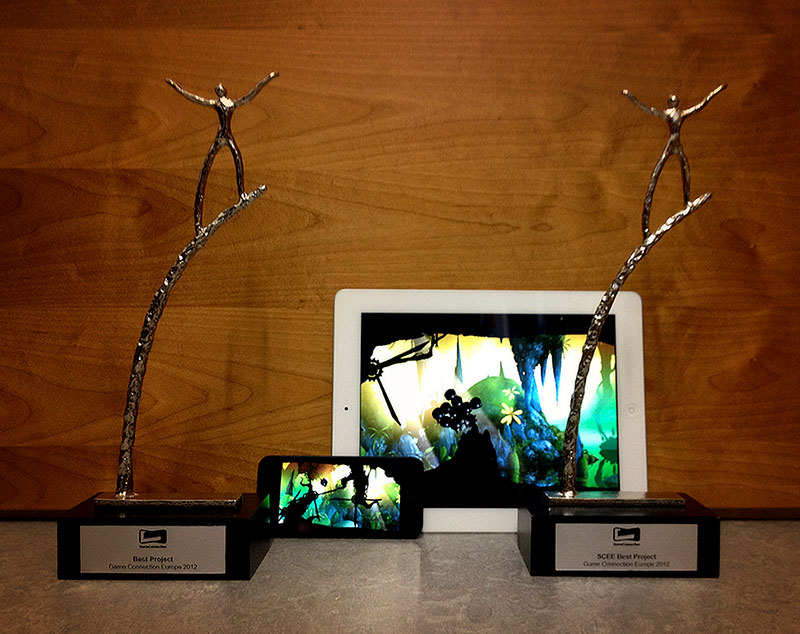 We also showed and playtested BADLAND with numerous people in the event and got extremely positive feedback. Everyone seems to love BADLAND. (or we are in some kind of conspiracy) :)

So, now everybody keeps asking us when it is coming out. Fortunately we are now in the stage of development that we can give you a good estimate. We are happy to say that we are aiming to launch BADLAND for iPad,
iPhone and iPod touch on February/March.

Before that, as the launch gets closer, we are going to start to show you guys new stuff more frequently. Here’s a couple of new shots: 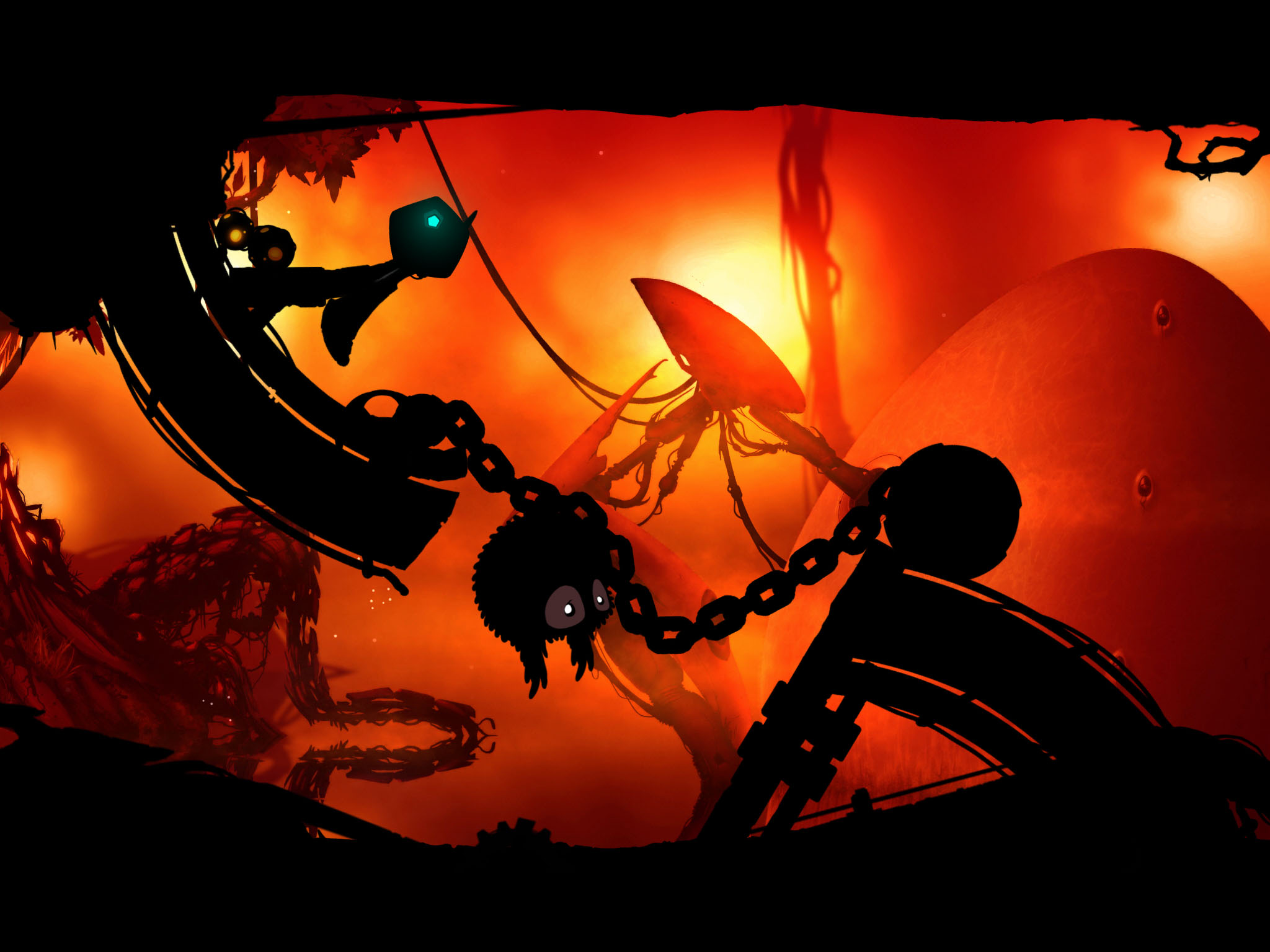 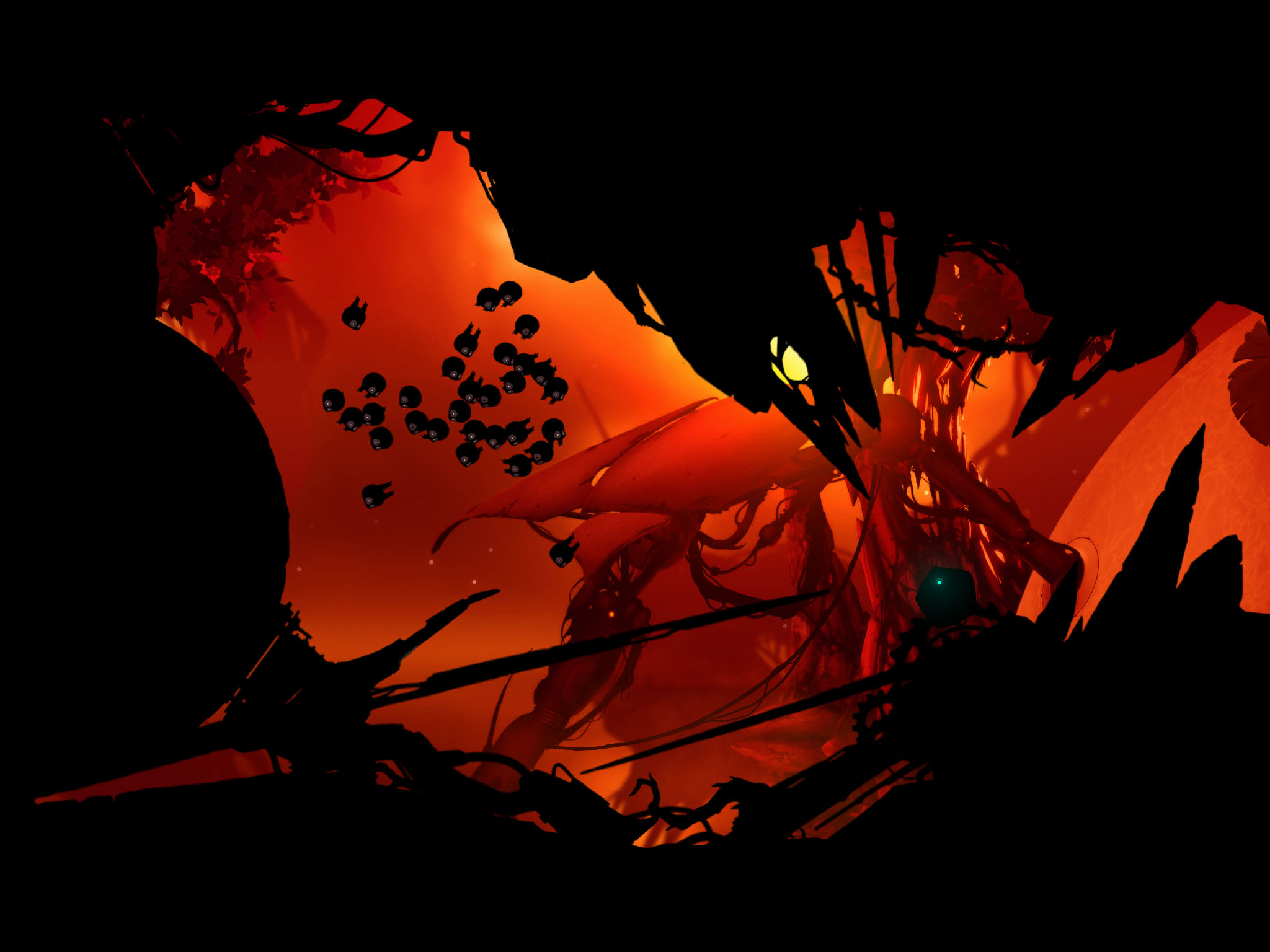 These screenshots are from the later part of the game. The sun has set and dusk has arrived to the BADLAND forest. The beautiful place starts to look like something else..

BADLAND is divided into four sections: Dawn, Noon, Dusk and Night. In our first gameplay video, we showed one of the Dawn levels. The Noon was shown with one screenshot a month ago. And now we showed the first two screenshots from the Dusk. As the day progresses in BADLAND, the forest becomes more dangerous making surviving more challenging. There will be 10 levels in each of the sections, which makes a total of 40 levels. But, that’s just in the launch – we are going to keep making more content and levels after the launch.

BADLAND also features at launch 12 different power-ups which change the gameplay in various ways. The first gameplay video showed ones which change the character’s size, making it feel heavier or lighter and ones that make the character spin leading to a new kind of gameplay. The video also showed ones which make the character fly faster and slower, and also ones that clone the character into multiple characters leading to extremely versatile gameplay (there can be tens of clones for the player to control at the same time). The screenshots above introduce a new really cool power-up which we haven’t talked about yet. Rather than telling what it does, we’ll keep you teased a while longer and show you what it does in another gameplay video early next year. It’s that cool.

But even before that video, we are going to show you something really cool straight away in the beginning of next year. Merry Christmas and a Happy New Year everyone! Next year is going to be BAD! :)